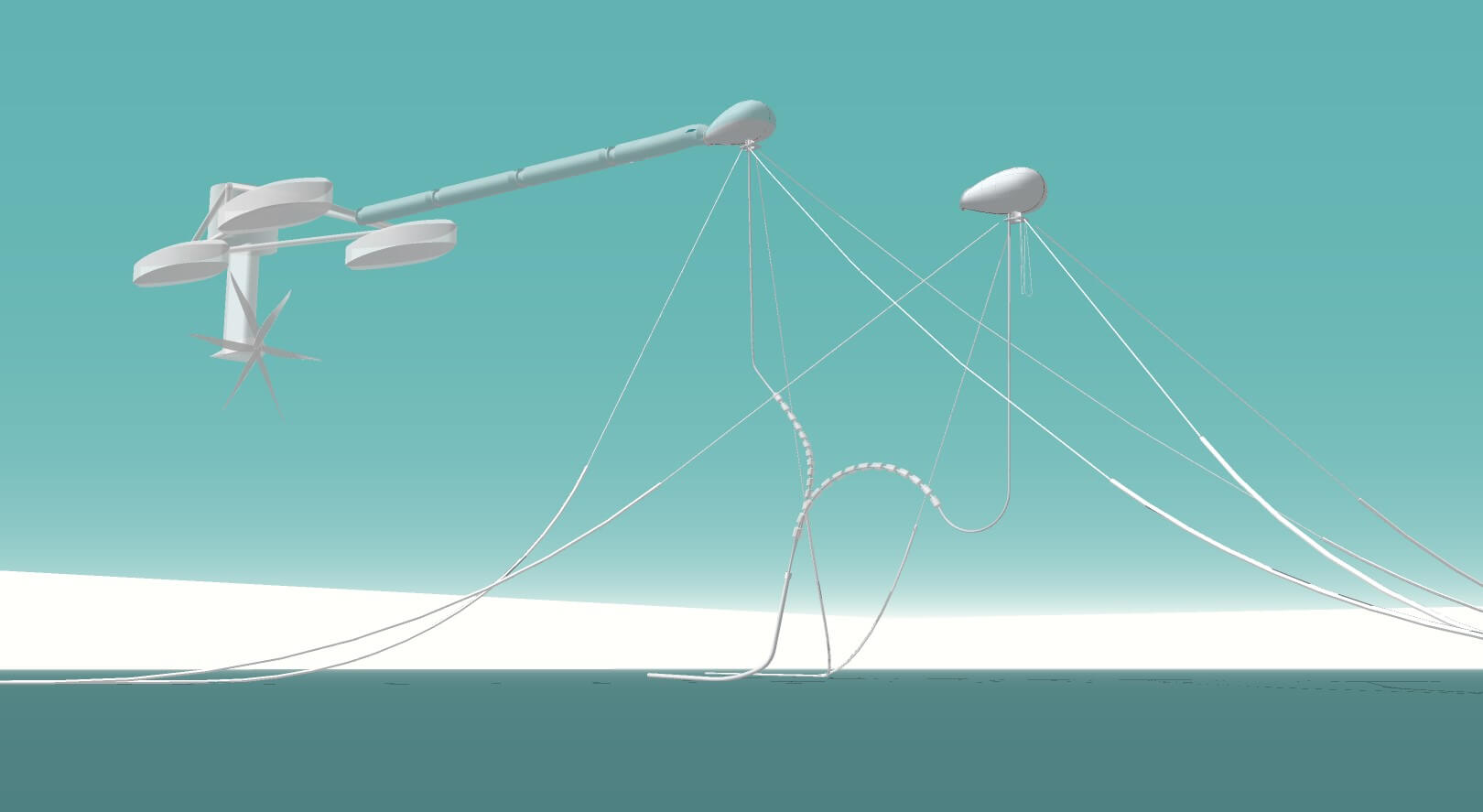 The tidal range on the western part of the coast of France, in the English Channel, is one of the largest in the world. The mean tidal range is around 6 meters near Cherbourg, with current speeds of more than 5 m/s in Alderney Race, or Raz Blanchard as the French call it.

Due to this vast tidal range, this coastal region is one of the most attractive spots in Europe to extract tidal energy from the sea. Due to the high current velocities, but also due the harsh wave climate, it is one of the most hostile locations of all European shelf seas.

Strukton Sustainable Energy asked MH Poly to develop a mooring system for five floating tidal energy turbines that will be deployed in the strait of Raz Blanchard. The philosophy behind the mooring system is that it allows the turbines to rotate with the prevailing current direction to optimize the amount of energy harvested from the tidal currents. The mooring system is calculated with the dynamic mooring analysis software package OrcaFlex.