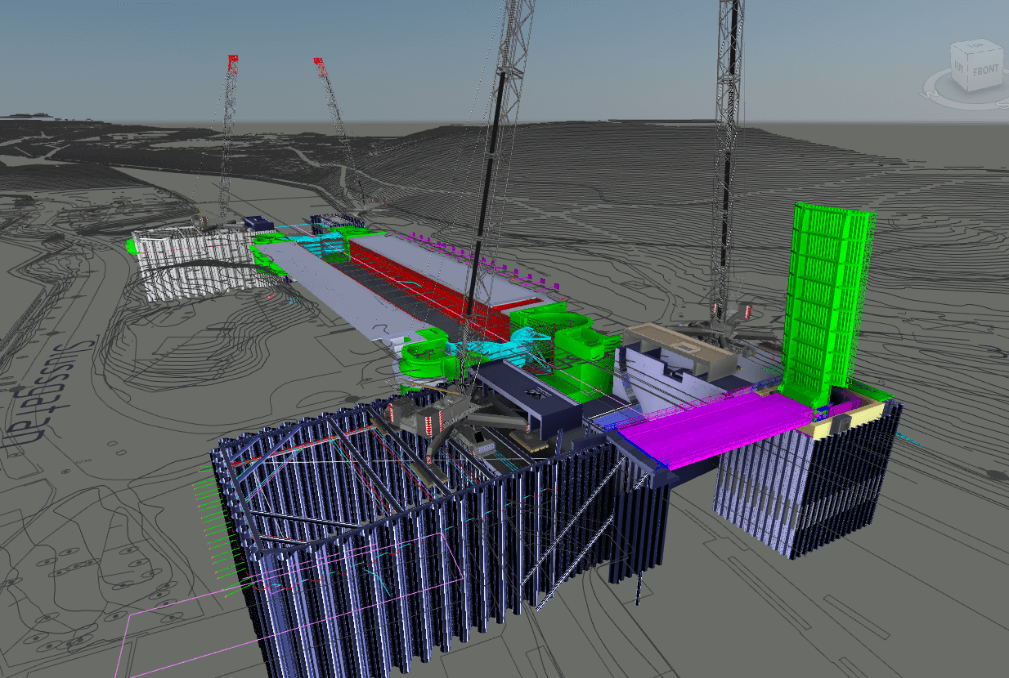 Situated between Lake Malaren in Sweden and the Baltic sea, is the ship lock in Södertälje Canal which was originally built in 1819. In 1924, a larger lock with a length of 135m and a width of 20 meters replaced the former. To meet the increase in maritime traffic and growing ship sizes, a project was commissioned in 2016 to lengthen and widen the existing lock to 170m and 25.3m respectively. The renewal project also included the construction of two new lock heads, replacement of the lock gates and constructing a new bascule bridge. The main challenge of the project was to minimize the impact on maritime traffic during construction. To overcome this challenge and allow shipping to continue over the course of the project, the lock heads are constructed in building pits at the side of the canal, and relocated into the canal after construction and necessary testing is complete. The client of this project is the Swedish Maritime administration and the project is executed by Züblin Scandinavia AB in a partnership with the client.

What have we done

During the tender phase, in a joint venture named S3P which involves MH Poly and the Dutch firm IV-Infra, MH Poly used its expertise in both hydraulic structures, and temporary works to analyse the interfaces between the separate elements of the ship lock, identify optimisations and suggest multiple construction methods to adhere to the strict restrictions with regard to building tolerances and hindering shipping traffic.